The first prototype was created in April 2016. Initially based on Atmel’s ATMEGA8 which had to be replaced once the program did not fit its 8kB of FLASH by ATMEGA328 (on which, by the way, the famous Arduino is based). It was time of struggle with timers, SPI and I2C registers that maliciously differ in teeny tiny details. 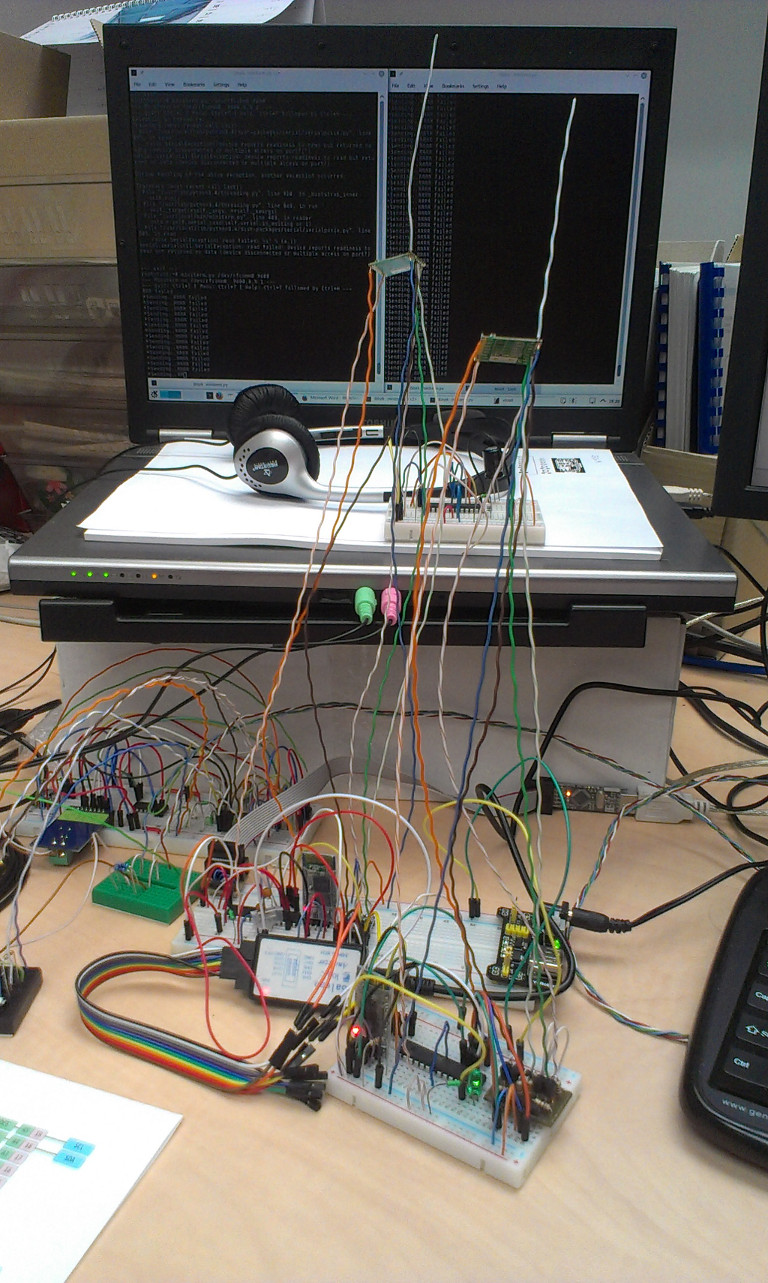 Two trackers in form of wiring hell and radio modules on long stretching legs can be seen in the front. A quarter-wave antenna on the top, an almost half-wave counterbalance became one of the legs. One of the trackers still based on M8, the other already running on M328. A bit chaotic setup, but the end justifies the means, right?

And because everything worked as intended it was the right moment to put it all together and up in the skies! 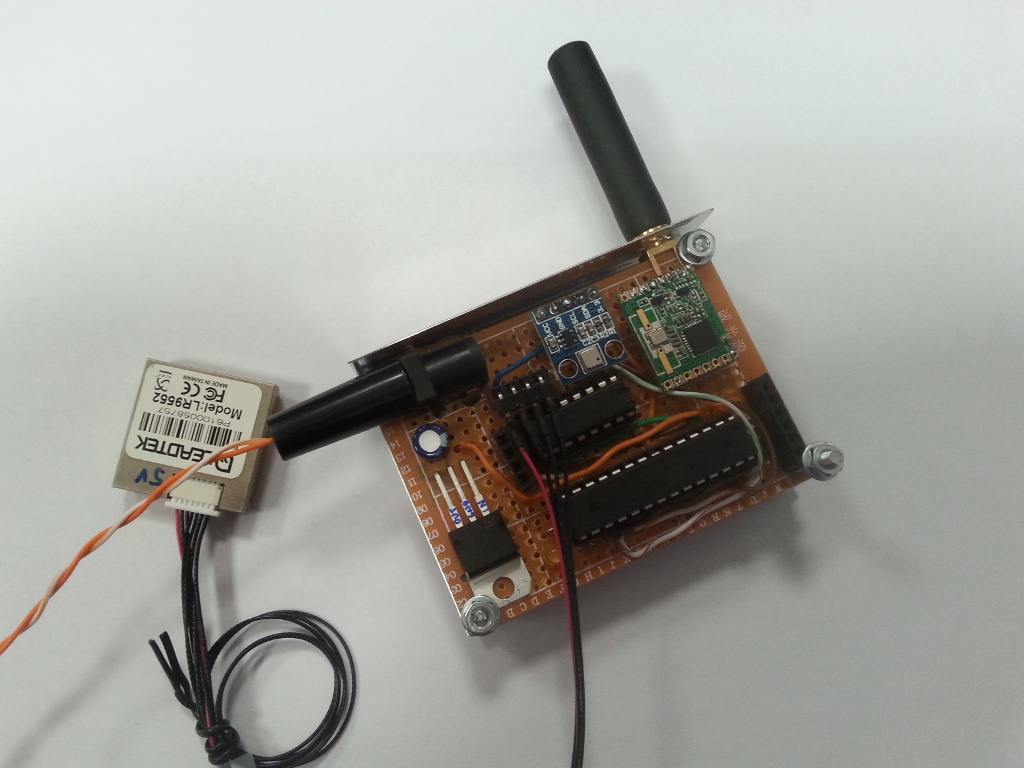 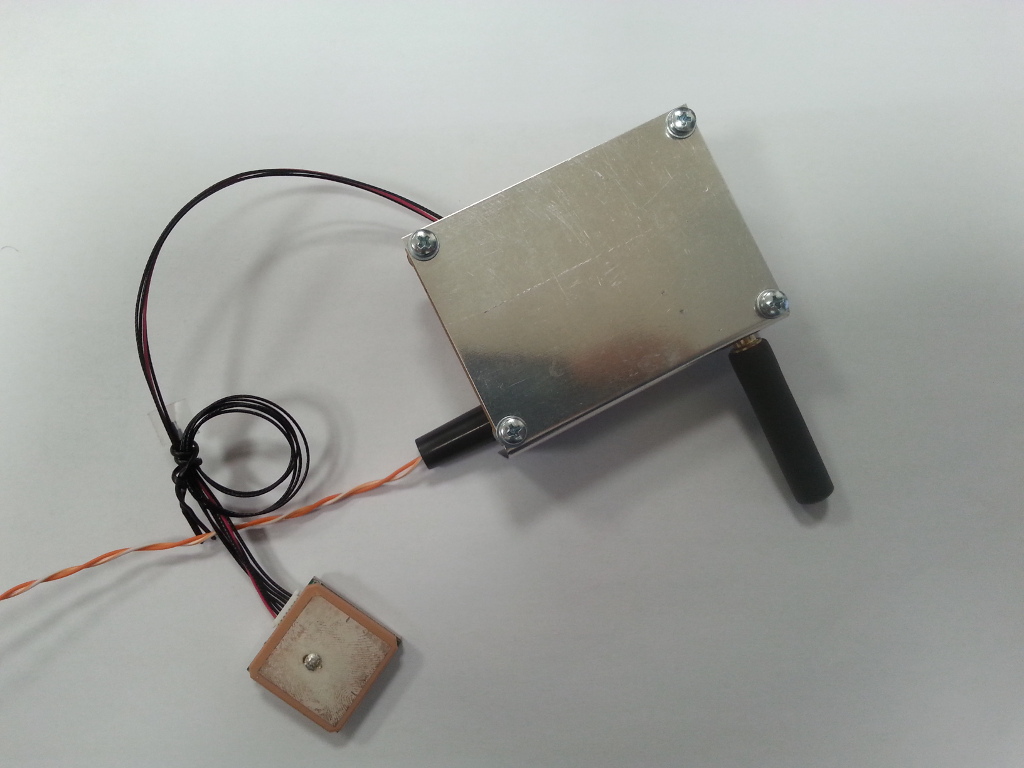 Powering the box from USB cable was the best initial idea (which actually proved to work very well). Later on all other components were completely replaced (besides the radio module). Starting with GPS module with antenna borrowed from local bakery owner, pressure sensor from an experimental variometer, perfboard made of paper, all inside a soap box.  It was a great prototype which served perfectly and reliably. 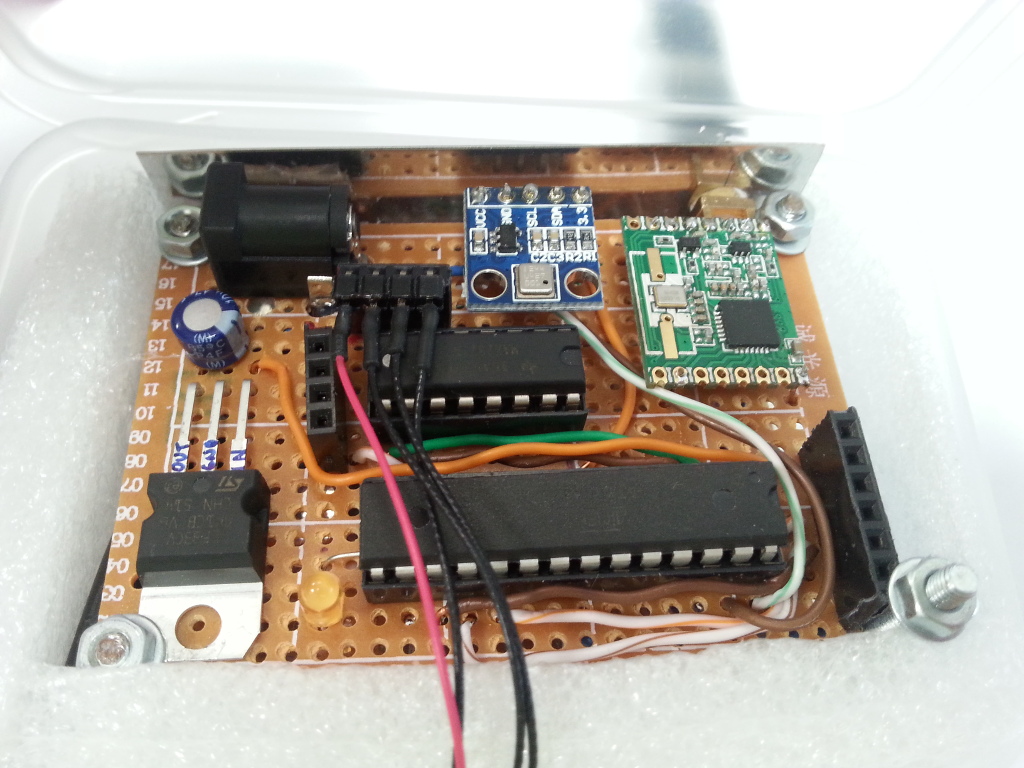 Now, under the cumulus clouds, gray shit or in clear blue skies can be seen with the “PK” livery 🙂