With the upcoming season time has come to present the shiny OGN Cube in second generation. What is new, different and (of course) better?

Firstly, and most importantly – there will be only a limited amount of Chinese components. Despite being so tempting to use stuff with free shipping from the country behind the wall, my experience from the past two years is so dark that I refuse to use them more anymore. But still, I had to bite my tongue and use two of them as procuring them from the reliable sources is impossible (the BMP and the BT).

The obsolete GPS receiver is being replaced by the GPS/GLONASS-capable Quectel L86 module with 33 concurrent channels and antenna with greater gain. Radio module will now be the RFM69HCW and as the barometric sensor the BMP280 is going to be populated. 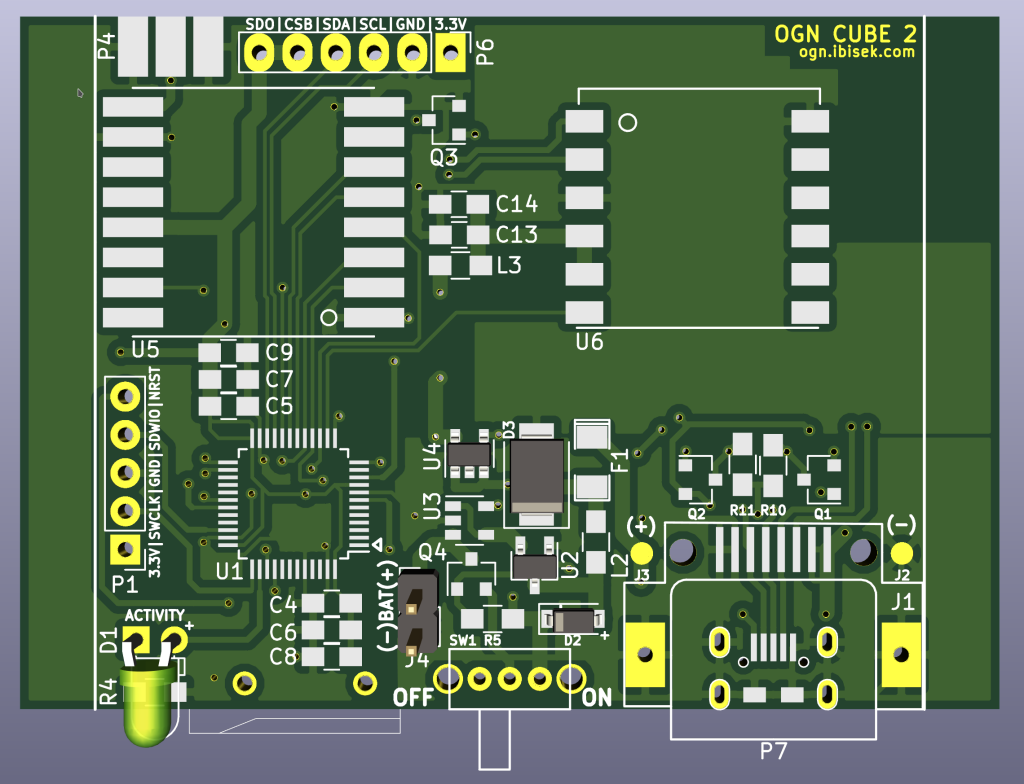 The back side of the board is occupied by a bluetooth (bt) module with two features. The main are firmware updates (as the only current possibility to do so is to crack the box open and flash the firmware using a dedicated programmer – not very handy in the field). The process is now provided by a python script running on a bt-capable computer but in the near future this will be done using an Android phone (no fruit options!) directly on-line from the web. The secondary (although also primary :)) use for the bt is connection to navigation software to transfer spatial information about other planes in the surroundings.

The second new development on the rear side is presence of a micro SD socket to store flight recordings and who knows what else.. 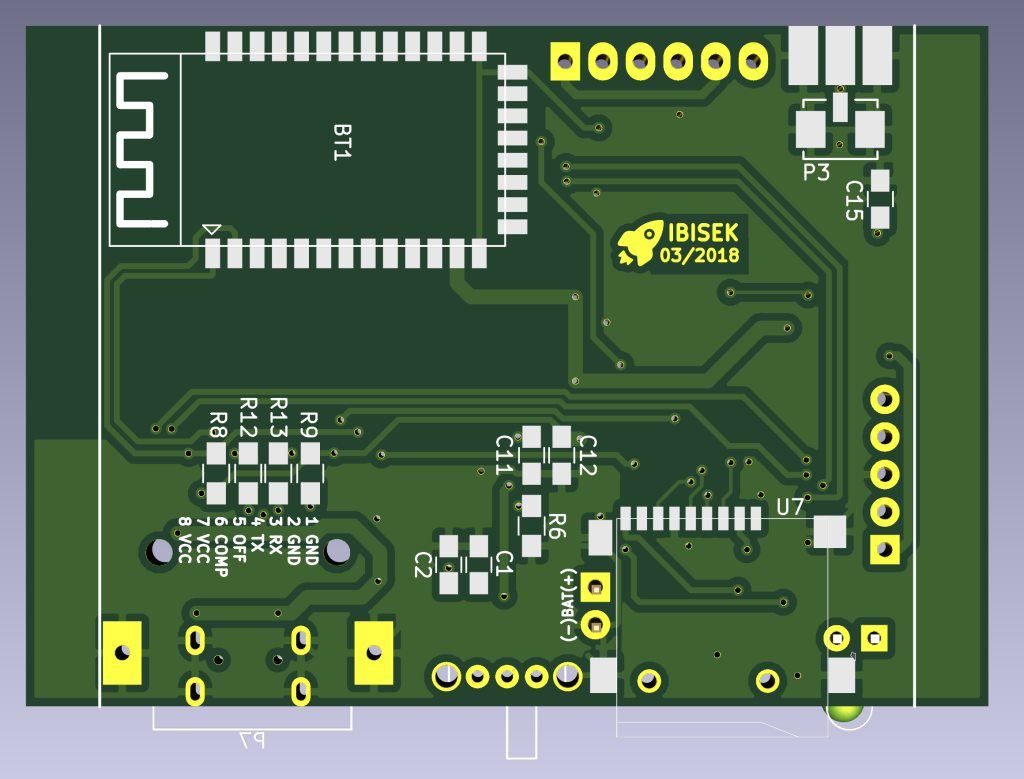 The OGN Cube TWO is designed in two strains – for competitions and for cross country flights. The former is distinguishable by a micro USB connector used to charge the internal (BL-4C / BL-5CB) battery. This battery is a widely known and used Nokia model which can (and hopefully will be for long time) easily available everywhere. The MCP73811T will take care for its correct charging together with all the madness around that clever chip.

The latter variant is a box to be fixed into the dashboard. It connects through the RJ45 jack which is present in all the other device we already have on board. Additionally, it lets you connect a three-pole switch to control the competition mode (do-not-track flag), no-TX and the regular mode.

New board also requires a new box, right? It needs to be a bit bigger than before but will let you to open it for possible tuning, changes or even (unlikely) improvements. There are going to be another two options: a 3D-printed ABS plastic box of various colours and combinations or an sweet aluminum enclosure with possible black anodised coating.